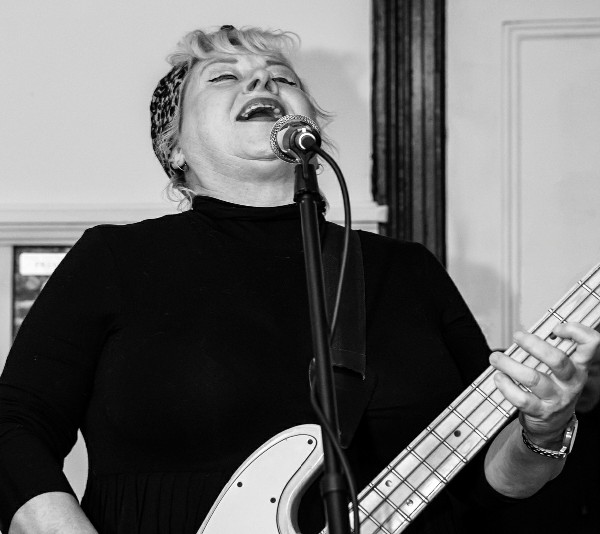 SWEET FELICIA is a truly dedicated musician who has taken her music from Australia, around the world, and back, and has earned herself an internationally respected profile.

Sweet Felicia began her Honeytones in Queensland in 1999, and 2019 is the 20th Anniversary year of her managing and travelling her own band. Sweet Felicia led her Honeytones to victory at the MBAS Blues Challenge in 2011 and took the band to the Memphis International Blues Challenge (IBC) to represent Melbourne. They became a favourite of the IBC and made the semi-finals, coming in the top 40 out of 250 bands worldwide!

Sweet Felicia leads her band vocally and from the bass, and is also known as one of the top "go to" bassists players in Australia. She has just finished touring and recording with the renowned Ben Waters and Derek Nash from the Jools Holland Band in the UK.

Some of the best guitarists in Australia including Jeff Lang, Phil Manning, Ben Peters, Paulie Bignell, Peter Baylor, Tommy McEwan and Red Rivers are more than happy to say they have played with her. Sweet Felicia is well respected and loved in the music industry for her honest, passionate and humorous stage presence. She has also become a mentor for the MBAS Youth in Blues, Blues Boot Camp and Blues in Schools in Germany.