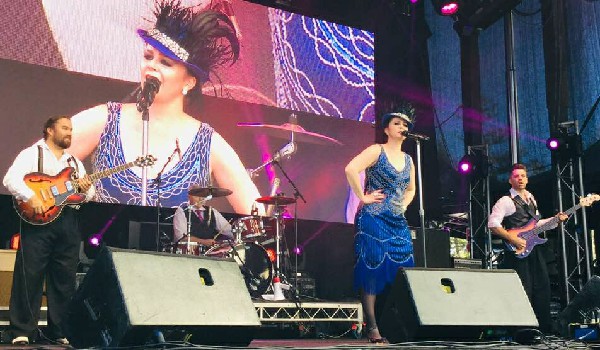 DREAMBOOGIE – the multi-award winning act who since their formation early in 2010, have toured throughout Australia, appearing at Blues festivals and venues in major cities and regional areas, performed on Blues Trains and Blues Cruises, been part of live-to-air radio show transmissions, and travelled twice to the USA to perform in front of an international audience, building up up a solid, ever-growing fan base in the process. A tight music unit with a reputation for delivering entertaining, engaging, impassioned live performances with Bluesy style and flair, Dreamboogie remain in high demand as a feature act at all kinds of venues and events.

In 2011 and 2015, Dreamboogie won the MBAS Blues Performer of the Year Blues Challenge – both times representing the MBAS at the International Blues Challenge (IBC) in Memphis, USA, where they reached the Semi-Finals. In addition to several EP's and Singles, Dreamboogie have released 3 Albums, each of which has charted on the Australian Blues & Roots Chart and their debut album, I’m Ready, holding a Number #1 position.

Vocalist Rebecca Davey brings elements of her musical idols to her performance – the great female Blues vocalists of the 1920s and 30s, the bold women of their time, who have influenced Rebecca, both in her vocal delivery and performance. Sam Buckley on guitar plays in the classic style of his heroes, Albert King, Freddie King and Stevie Ray Vaughan. An intense player, he takes note bending and single string playing to an extreme. Bassist Connor O’Neill, performs on fretless bass, sliding between notes, whilst laying down a firm groove. Award-winning in his own right, Robert B Dillon on drums lays down rock-solid rhythms alongside electronic loops. Hugely influenced by Gene Krupa's energetic, flamboyant style, Robert brings a similar flair to his performance. Together as a 4-piece band, Dreamboogie re-imagine and re-interpret the songs of those great trailblazing artists, whose influences shine through to Dreamboogie's growing catalogue of original material.