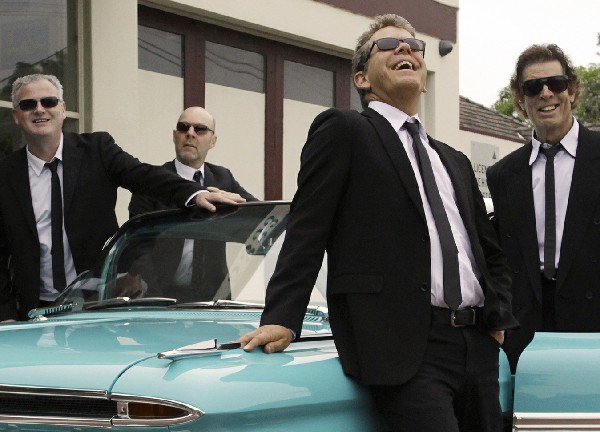 JACKSON FOUR BLUES have been impressing audiences across Australia and internationally since 2013 – from Melbourne to San Francisco and London to Devonport with their swingin’ cool Blues and infectious New Orleans beats.

With a style and sound centred on the classic Hammond B3 organ, interplay from soulful, bluesy sax and vocals, and driven by a mix of New Orleans rhythms and Latin percussion, Jackson Four Blues has developed quite a following overseas in the Southern US, Europe and especially in the UK.  Locally, they’ve appeared at festivals including the Wangaratta International Jazz and Blues Festival, Marysville Jazz and Blues, Bendigo Blues and Roots, Devonport Jazz, Mordi Fest By the Bay – Wine and Blues (Kingston), Eltham Jazz and Blues, Stonnington Jazz, Castlemaine Jazz, Mornington Winter Jazz and Frankston Waterfront to name just a few.

Their first release, 'Love the Life', found its way onto the UK Blues radio chart top 20 in 2015. Staying on the charts for four months, that success was followed by appearances at London’s iconic Blues and Jazz clubs. A follow-up EP, ‘Kool Kats’, launched at Devonport Jazz 2017 with sell out shows and reached top 5 on the Australian Blues radio charts. Last year saw invitations and performances at Blues and Jazz clubs in San Francisco and Vancouver.